I enjoyed a very restful and massively productive weekend both creatively and with regards to daily responsibilities.  Today, Tuesday, is the first day of the work week since we had the Memorial Day Holiday.  It's the last day of May and it's pouring down rain.  Whether it's global warming, an El Nino year (is it?) or just freak weird weather I'm missing stereotypical warm California weather.  I am grateful for the rain though--it has such a calming effect on everything and conjures thoughts of hibernation.  It has definitely made it a bit easier to settle back into the grind too since there is no magnetic pull to go outside.
Among other projects, this weekend I adopted a soldier again.  It's probably my most notable accomplishment and the one I am most excited about.  I had adopted two previously but "life" got in the way and I hadn't adopted new one's when they came home.  The program I belong to is Soldier's Angels, a non-profit organization that works to send care packages and correspondence to soldiers (deployed and injured) as well as provide care and support for veteran's who have returned home.  They have a variety of different teams that people can participate in.  I highly recommend it if you are looking for a way to support our troops. 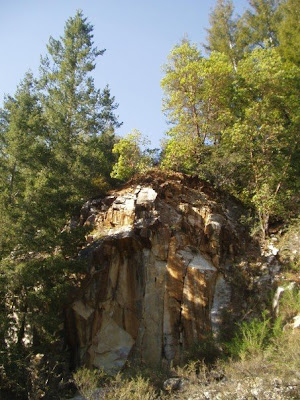 I don't know much about my current soldier as there wasn't really any information provided except for his name and address.  (I'll refer to him as J or 'my soldier' going forward for anonymity.)  If I looked up his military address correctly then I'm relatively sure he is stationed in Afghanistan.  I can't fathom being in the military right now, much less in the Middle East.

Today, I finished prepping my first letter to him.  I wrote him two and a half pages introducing myself, asking him what he'd like me to send to him and telling him about my window at home.  I know that sounds weird.  For me though, my window is this beautifully peaceful part of my life--the way the sun drips in in the late afternoon, the way light seeps through the bamboo shoots and how the apricot tree arches over the window, how the window swings open like fairy tale windows (the house I live in is from the 30's).  It's such a quiet and safe comfort in my life and  I tried to convey it as such.  I thought it sounded like a good introduction.  Where better to start than the place that I sleep and wake--since he'll likely read my first letter wherever he sleeps and wakes.

It's always a little bit hard to know what to write in the first letter.  I included this picture from UC Santa Cruz's quarry that I really adore.  I took it back in sophomore year of college.  Finally, I stuck in a form that Soldier's Angels provides so that my soldier can send me info pertaining to himself and what he'd like me to send in the care packages along with a self addressed envelope.

I'm looking forward to preparing my second letter to him but am not sure what I'll include yet and as for the first care package I really haven't the faintest idea what to include yet.  Maybe, since I've rejoined Swap-Bot I can send him some of the cute stuff I trade on there. (I will write more about Swap-Bot in a future entry.)  Maybe I'll do some long overdue baking and send some to the boy (B) and some to my soldier.  I'm definitely working on supporting my relationship with B more so anything I can do to support him that can also lend to helping fill out care packages for my soldier would be good at least until J writes me back and tells me what he'd like to receive.

There are a lot more projects I'd like to write about but they'll have to wait for other entries.  Stay tuned for Swap-Bot, 100 Things Drawing Challenge, Writing progress, Horseback Riding, Piano moving and practicing, and more.  I'm feeling very alive right now and I hope it keeps up.  I'm also hoping that you are feeling very alive too and that the weekend has been restful, invigorating and inspiring!