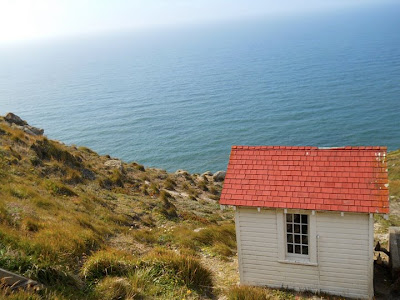 I meant to reflect at the mid-way point of this year but just haven't found the words to put down.  I suppose this still counts as a mid point especially considering how much I struggle with the first five months of the year on a regular basis.  This year Spring was not so difficult, thanks to the magnificent discovery of Zyrtec-D.  Nevertheless, I get seasonally blue and this year was no different.  Summer has been it's own blur but now I'm emerging finally from the fog cocoon that I've allowed myself to stay hidden in.  So many things are changing...

First, let me start by saying that my sweet child from the previous entry is doing alright.  I can feel the loss he is experiencing through the spastic ways his anxiety manifests in him when he is in class but I also continue to see the cathartic process of paint in his life.  His mother, jolted by the death of her father, has re-entered her child's life and is living at a shelter where she is receiving assistance and support.  I'm crossing my fingers, praying, holding on to hope that she will be what she needs to be for the boy--what she should have always been.

Next, I'd like to put a shameless little plug in for myself. A while back I submitted some poetry to my friend's poetry blog and then didn't realize he published my work!  Just the other day I noticed finally and so I'd like to share the link here.  Infloressence is a creative little poetry blog idea which is slowly coming into being.  I'm not sure that he'll keep it up but I do love the concept.   My work is listed here, under Poetry to Consider.

As far as reflection goes for this year so far I do know that my life has been and continues to change exponentially.  This is thanks to my work with my therapist, the growth of my relationship with the boy (significant other, not the child from the last entry), my interactions with friends and other influential people (the child, the people at the Art Center, my friends and family).  Overall, I feel less afraid than I have been in years.  I had a core realization a few months back where it became very clear to me that most of my struggles centered around  my inability to overcome a fear of failing and moreover a fear of just not doing things adequately or "quite right."  Since the realization I feel that I've been self-advocating, communicating more clearly, living more adventurously and I've felt a different sort of focus than I'd been feeling for the last few years.  There isn't such an acute dread in the way I am focusing my attention at survival.  Now there is more of an excitement and a sense of "watch me do this!"  And still, I have no idea where I'm headed or how I'll get there.

Part of this new found confidence seems to surge up from seeing other people live confidently.  I've heard about friends (and friends of friends) who have advocated for themselves professionally and are achieving and obtaining what they want.  It's lessened my fear of asking for what I know I deserve.  I've watched friends healthfully communicate through relationship issues instead of running in fear of conflict--and the resolutions come more calmly and more genuinely than when one is just placating the other for the sake of getting along.  I've watched people try new things and thrive as a result and even more than watching this happen in other people I have tried these "new" ways of being and am finding that they work for me, that I won't spontaneously implode out of anxiety and/or fear (even if I feel like I might) and that as a result I am feeling happier, more exuberant, and more close to the me that I know that I am for longer periods of time than just small sparks and glimpses.

I guess that sounds wordy and maybe a little bit self-aggrandizing.  For the purposes of a mid-year review though it seems accurate and even understated.  I feel like the happy child in me has been holding her breath for a couple of decades and that she is finally breathing out and saying, "Hey, I'm still here and I want to try this...and this...and this...and this!"And for once, the focused, responsible, adult who has been so focused on trying to (unsuccessfully) pay down debt and get ahead professionally is saying, "Oh, well OK, let's do it."  As a result I am taking huge strides in the directions that I've been trying to force for so long.

Recently, I started horseback riding.  This is something I started doing as a child but through a combination of the size of the animal and my incredibly propensity for allergies to everything I became a bit traumatized about the whole thing and refused to get that close to a horse for years.  This has defined most of the Saturdays in my life for the last couple of months.  I'm finding that while I don't particularly feel like I enjoy being on the actual horses I am developing a bond to them (particularly the horse I ride most--Hershey).  Riding is becoming less of a catalyst for stress and more of a time where I am getting to know myself and my ability to put a certain level of trust in a being that I cannot directly communicate with.

I've been writing again, slowly and differently. For me it is extremely rare that I can write in any emotion other than devastated and depressed.  So, these new quiet moments of opening where I have floods of words are new welcome territory.

I'm seriously debating graduate school at this point. I am mainly torn between Marital and Family Therapy (with an Art Therapy component) and Social Work.  Unfortunately, Art Therapy is offered in San Francisco and Los Angeles; two great cities that I currently don't feel a pull towards.  I would live in Los Angeles were it not for my current relationship.  I am aware that if I were to pick school in Los Angeles I would essentially be choosing the end of a very beautiful part of my life right now.  I don't feel capable of making that decision.  I don't want to make that sacrifice. 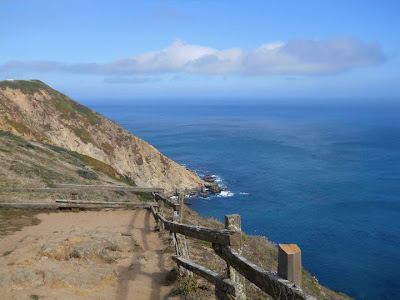 But, for now, I'll start smaller.  Tomorrow morning I'm attending a hula hoop class and I'm absolutely amped about it.  I have no idea what to expect, except that I cannot and have not ever been able to hula hoop successfully.

Then afterwards it's back to the great big task of sorting through all of my belongings.  I'm moving in a month and need to get down to the bare minimum of what I own.  This is it's own adventure and maybe I'll delve into that in some later post.  It, of course, is bringing up it's own feelings of anxiety but overall I am excited to see where these new paths take me.
Posted by Nattielu at 11:35 AM